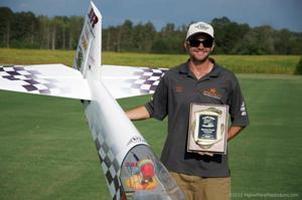 Kal started competing in IMAC at 7 years old. Kal’s first contest was in Venice, FL. in March of 2011. Kal finished 7th out of 10 competitors.  His next contest was Land O’ Lakes where he finished 3rd.  He then competed in the Southeast Regional Contest where he finished 7th. . In January of 2012 Kal won his first IMAC contest in the basic class in Pt. St. Lucie, FL. Kal was invited to the 2012 Tucson Aerobatic Shootout in October of 2012 and finished second in Sportsman. Kal also enjoys freestyle and 3D flying.

Kal is also an honor student at Lake Placid Elementary School in Lake Placid, Florida, earning straight A’s in his curriculum of all advanced classes. Kal also enjoys playing baseball where he made the all star team last season as a third baseman, pitcher and catcher.